Sometimes, the U.S. Tax Court will rule on a matter the outcome of which would seem – at least to an outsider, or on some visceral level – to have been a foregone conclusion. Indeed, one is often left wondering how such a matter was allowed to progress through an IRS audit, IRS Appeals, the issuance of a notice of deficiency, the filing of a petition with the Tax Court, probably more discussions with IRS Appeals and with IRS Counsel, and finally a Tax Court trial. The process is lengthy and can be expensive.

Upon closer examination, however, it may turn out that the taxpayer’s position may be more supportable than a cursory review indicates.  Alternatively, the magnitude of the tax exposure may justify the taxpayer’s effort. 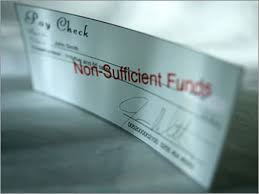 In Vanney Associates Inc. v. Comr.,  the Tax Court encountered such a case when it considered whether a corporate taxpayer (the “Taxpayer”), a C corporation, could deduct the portion of officer compensation related to a year-end bonus to its sole shareholder. The bonus was paid by a check that the Taxpayer could not have honored and that was returned to the Taxpayer. The IRS disallowed the deduction, and the Court agreed with the IRS.

The Taxpayer was a personal service corporation that used the cash method of accounting. The sole shareholder (the “Shareholder”), a licensed professional with over 39 years of experience, was the taxpayer’s chief executive officer, chief financial officer, vice president of marketing, vice president of operations, and director of human resources. He was also the one responsible for marketing, bringing in new business, and signing documents.  The Taxpayer employed about 25 other individuals including the Shareholder’s spouse, who was the Taxpayer’s bookkeeper.

The Taxpayer’s 2008 corporate income tax return reflected no taxable income or tax liability. It showed claims for various deductions, among them over $1 million for compensation of officers.

The IRS selected the Taxpayer’s return for examination and issued a notice of deficiency, disallowing $815,000 of the deduction for compensation of officers.

Income tax deductions, according to the Court,  are “a matter of legislative grace, and the burden of proving entitlement to any claimed deduction rests on the taxpayer.” The Code allows a deduction for “ordinary and necessary expenses paid or incurred during the taxable year in carrying on any trade or business.”

Thus, the allowance of a deduction is dependent on proper payment of the check. The Court noted that it had previously disallowed a deduction where a check was not ultimately paid because of insufficient funds and, further, that it had also held that the relation-back doctrine was inapplicable where the payee knows the payor has insufficient funds and, therefore, refrains from cashing the check.

Transactions between related entities, the Court said, are subject to special scrutiny.  “The economic reality of a transaction will prevail over its form, and a finding of economic reality depends on whether the transaction would have followed the same form if the parties were unrelated.”  Further, the Court said, “we have previously disallowed deductions where there was no actual economic outlay” and the payments were “wholly circular”.

Because the Shareholder was the sole owner of the Taxpayer and his spouse was its bookkeeper, the Court pointed out that he either knew or should have known that the Taxpayer did not have the funds to cover his bonus check.

The Taxpayer countered that the payment was unconditional and that payment occurred when the Shareholder took possession of the check. The Court disagreed, stating that the Shareholder did not have “unrestricted use” of the money; the amount was not “unqualifiedly his, to do with as he wished.” If anything, the Shareholder had only restricted use of the check. He could not cash it at the bank, use it to pay a debt, or use it to make a loan to someone other than to the taxpayer. In fact, his only option to make use of the money at that time was to lend it back to the Taxpayer because the check could not be honored.  Accordingly, the Court sustained the IRS’s disallowance of a portion of the Taxpayer’s deduction for officer compensation.

The foregoing is yet another illustration of why a taxpayer needs to conduct an “economic reality check” before embarking upon a transfer of funds or other transaction with his or her closely-held business. In the instant case, the Taxpayer could not transfer what it did not have. Interestingly, it could have borrowed the funds with which to make the payment. Indeed, corporations with earnings and profits, but insufficient liquidity, will sometimes borrow funds with which to pay a dividend to shareholders. The Taxpayer’s reluctance to do so in this case cost it dearly.